Austen chose Easter for the most significant turn in Pride and Prejudice.

Darcy comes to Rosings around Palm Sunday (likely Monday, since Darcy, unlike Mr. Elliot, wouldn’t travel on Sunday), that commemorates the triumphant entry of Jesus into Jerusalem in the days before his Passion.

END_OF_DOCUMENT_TOKEN_TO_BE_REPLACED

When talking of love it is important to define the word. Is it emotion, feeling, decision or all of the elements? According to some Christians i.e. Anglicans and Catholics four kinds of love must be present for the Holy Matrimony to be valid and complete. I’ll try to explain, on their example, Elizabeth’s growing love for Darcy in Pride and Prejudice.

END_OF_DOCUMENT_TOKEN_TO_BE_REPLACED

There is a lot of confusion as to when and why Elizabeth Bennet fell in love. (See this post at Austenprose and subsequent comments for example, but it’s only one of many such opinions.) This post is to show that the reason of it does not come from any imperfection of Lizzy’s affection or Austen’s writing, but rather our modern notions that downplay the significance of love.

END_OF_DOCUMENT_TOKEN_TO_BE_REPLACED 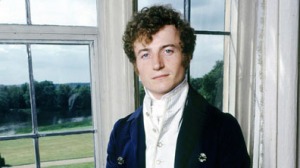 Twice in the book we are told about Darcy’s wishes for Bingley’s marriage to Georgiana. Once by Caroline, the second time by the omniscient narrator.

This is the one thing about Darcy people have the most trouble to believe in, even though Austen said so. One can think it in the first part of the book, but in the second, when one already knows what a great man Darcy is, an arranged marriage of his sister seems out of character.

END_OF_DOCUMENT_TOKEN_TO_BE_REPLACED

This post was written in answer to a question about the nature of Darcy’s pride. Someone asked how it was possible that Darcy received such a good opinion from his housekeeper, and yet still needed to give excuses for his pride after his second proposal. 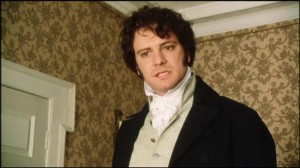 It’s significant to remember that there are two kinds of pride. One is positive – it’s good and natural to be proud of one’s just deeds, or of our loved ones. The other is the worst of the seven deadly sins out of which all of the others arise. It’s this kind of pride that is paralyzing and leads us to cruelty. People who are too proud to act according to their conscience and do what is right, because it would be seen as their weakness, are guilty of this kind of pride. The remedy to it is humbleness, and Darcy later says that he was properly humbled by Lizzy. Of course Darcy always knew the difference between the two kinds of pride, but he thought he was proud only in the positive way. Lizzy proved him wrong. END_OF_DOCUMENT_TOKEN_TO_BE_REPLACED

Read my review of Pengiun Classics edition of Pride and Prejudice.